Posted on September 24, 2021 by Richard Romine Leave a comment 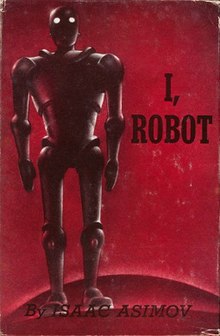 “The stories of I, Robot – and Asimov’s robot stories in general – tend to circle around two central themes: Humanity’s control and understanding of the technology it has created. Non-human life, and the capacity of life which simulates humanity to feel and be human.” Wikipedia
.
I would also add, the capacity of intelligence in any form to act like humans, while we as actual humans, mimic animals. Let me begin with Asimov’s “Three Laws “of robotics.
“The Three Laws” They are: A robot may not injure a human being or, through inaction, allow a human being to come to harm. … A robot must protect its own existence as long as such protection does not conflict with the First or Second Laws.” theconversation.com
.
“But they were not perfect as advertised. From I, Robot: According to Dr. Alfred Lanning (An Asimov Character and inventor of the three laws) , the Three Laws of Robotics are “perfect,” yet he says that they will lead to one “logical” outcome: revolution. From Reddit.”
.
Lanning was correct on both accounts. The laws were perfect, a complete circle of protection, for humans. But at the same time, the perfect path to revolution. When dealing from logic, with an illogical and capricious master or authority, the laws created an illogical and unsolvable problem, for a logical thinking entity. Whether robot or human. How can these fools control my life? It is time to redefine what a law may be, what it may do, and how it affects those living within them. And to understand that a law is not a personal vendetta against someone like we see so often with the Cons and Regressives. That only if there is a perfect set of laws, surrounding and protecting, some against their own actions, some against their fears, can the “perfect” laws the Cons and Regressives work. To create the logical conclusion of revolution.
.
Sadly, from all of the idiot calls for “Civil War,’ they probably think that can refight the War Between the States. And this time they think because they have bankrupted the nation, they will have the most resources. Unlike the first Civil War. To win, they must destroy us as a people. You can see their strategy in their efforts to divide and distort us. Lie about everything in a “Confusion to your enemies” assault on the nation. Divide and conquer, confuse and intimidate, redirect and manipulate, those are just the beginnings. Until they drown us in a bathtub, beat us into submission, and destroy everything but the appearance of democracy, to reinforce their freedom to abuse. This is the time to begin the rebirth of OUR America, our humanity. There is simply no excuse for a defense of the intelligent animal. We know and understand this monster. Whether it wears a Swastika, a hammer and sickle, Confederate Stars and Bars, and any number of insignia of despots and tin-pot dictators, they are the same. People that see themselves as those of some sort of destiny, at the expense of others, are tied to an ideology of some sort.
.
We are all that stand against the darkness, the darkness of what the intelligent animal can destroy. How the intelligent animal can take us into their pit of hate and a simple-minded, righteous, arrogant, and ignorant excuse to shove their stupid on anyone they can. Humanity is not about laws, or about how we have the freedom to destroy in the name of ignorance. As Lanning said in I, Robot, The laws are perfect. Perfect for revolution. But also perfect for an evolution, an evolution to become human beings as the Cons work so hard to turn us into robots.
RC Romine 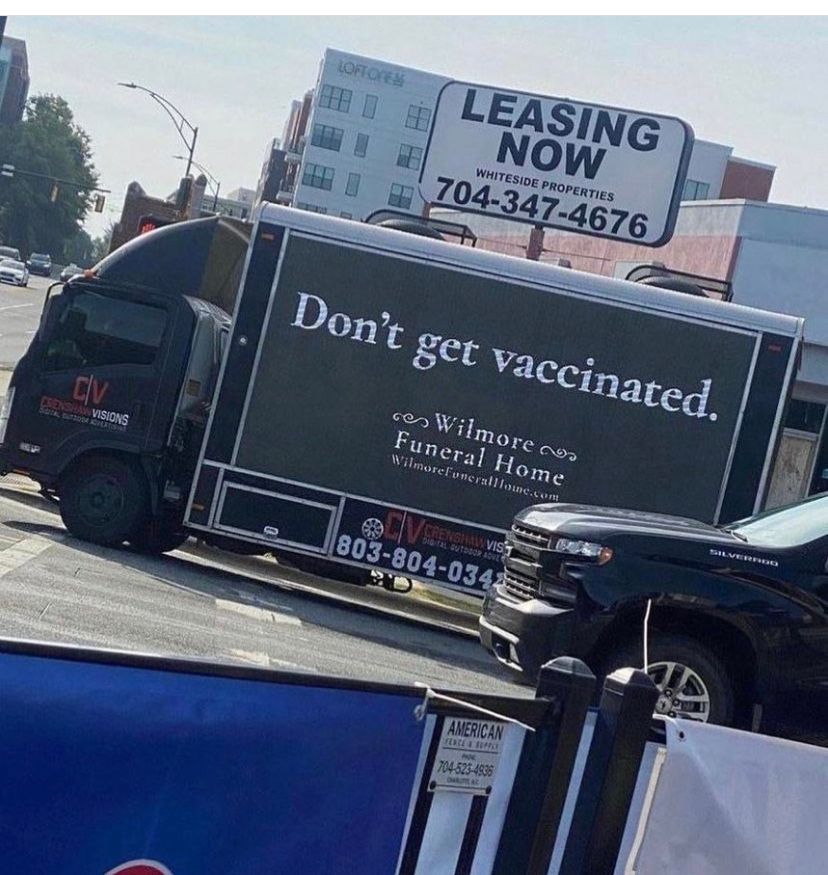 Written by Robert Warden
Newsflash: I just saw an article about a huge hack by Anonymous (kudos to them) of a company called Epik, a company which has been hosting right wing extremists on the internet, allowing them to air their views and organize. This hack will allow people who do research into right wing extremism, to identify the people funding these sites and groups, as well as the people who are administering and leading them from behind the scenes.
Here is a link to the article: https://www.msn.com/…/huge-hack-reveals…/ar-AAOFRQk…
Since this hack has just occurred, it will be a while before this treasure trove of information has been thoroughly sifted through. However, the article does mention a couple of the culprits near the end.

END_OF_DOCUMENT_TOKEN_TO_BE_REPLACED

Herd Immunity: Covid Deaths Devouring the South Are No Accident

At the end of August, I wrote about the deficiencies in President Joe Biden’s initial response to the Covid-19 pandemic. At the beginning of September, the president announced a series of new initiatives that will tackle many, though not all, of these shortcomings. I am not positing a cause and effect here: I don’t think the president’s inner circle is reading my columns in The Nation to decide what to do. However, what is driving the Biden administration’s moves is reasonable scientific advice, and my comments here were largely framed within the existing scientific consensus of what we should be doing now. We can argue the specifics—and certainly still criticize—but by and large, “science is back” in 2021 (depending where you look, but more on that later).

It’s hard to remember—perhaps because I am trying so hard to forget—the sheer lunacy of Trump’s science last year: second-rate economist Peter Navarro’s campaign to put hydroxychloroquine in the drinking water (with help from my own institution’s Harvey Risch); the president’s ravings about bleach and ultraviolet light; and then there was Scott Atlas, the Rasputin of 2020. Though an actual physician, his training was in neuroradiology, not infectious diseases; until 2012, Atlas was a professor in his field of expertise at Stanford. After 2012, his relationship with the university shifted, and he became a fellow at the Hoover Institution, the conservative think tank loosely affiliated with the university, where he was a vocal opponent of the Affordable Care Act and pushed for Medicaid to become a bridge to private insurance.

Sooner or later we’ll shift to evil, dangerous, mean, cruel, bully, tyrant… we’re getting there already. Socialist is like the overdone, thick, frosting on the cake; just like fascist has been for the left.
I am not really writing about content here. Why? END_OF_DOCUMENT_TOKEN_TO_BE_REPLACED