The Problem As I See It: vol 7

Posted on November 25, 2011 by Ana Grarian Leave a comment 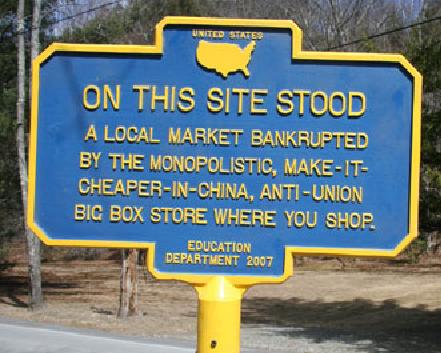 You remember the so-called Bradley Effect? That was named after former Los Angeles Mayor Tom Bradley when he ran for Governor of California in 1982. Although ahead in late polling, Bradley, who happens to be black, lost to the white guy, Republican George Deukmejian. Pollsters believed that many white people they polled claimed they’d vote for Bradley, so as not to be perceived as racists, and then privately voted for Deukmejian.

This year, I think I’ve discovered a ‘Reverse Bradley Effect’; a few weeks ago, I was talking to a 30-something woman who has family and friends of all colors working in Big Box stores such as Walmart. She said these folks were being subtly intimidated into saying they’ll vote for McCain, and she mentioned an incident where one of the Blue Vest Brigade made the mistake of putting an Obama-Biden sticker on her car bumper. Suddenly she was handed the worst duties, treated dismissively by the manager, threatened with a write-up for nothing, and the Obama sticker was rendered illegible by indelible marker while her car was parked in the store lot. Then an absurdly fallacious gossip campaign started that claimed she was a drunken atheist who beat her kids. Employees got the message: Come out for Obama and the Top Management, all in the tank for the Republicans, will make your life miserable, but in devious ways that can’t be traced to your political leanings.

These days, her relatives and buddies tell anyone who asks they’re voting for McCain but, when they enter the voting booth, they plan to check the box for Obama. I wonder how many similar events are going on out in the Vast Wasteland of Generica and what effect this might be having on the polls?

With Indiana teetering Blue for the first time since 1964, and McCain’s campaign giving up on Michigan’s 17 electoral votes and running on empty in Ohio – recent reports of early voting in Columbus show that the Obama team got their people out to vote while the disorganized McCainiacs were snoozing – it appears Obama is poised to make a clean sweep of the Bush-battered Rust Belt states from Minnesota to Pennsylvania, including Iowa and Missouri, a net gain of 128 electoral votes. If that happens, it’s landslide city – Obama will win by over 300 electoral votes.