What a week for the right wing meltdown crowd. A new national poll by Public Policy Polling shows that a majority of republicans feel ACORN stole the 2008 election for Barack Obama. DETAILS HERE ON TALKINGPOINTSMEMO.COM

And the far right wing news site Newsmax(which in a totally honest world would be known as Newsmin actually Newsnon) reported a few days back that Sarah Palin told them shes a big fan of Fox Host Glenn Paranoia Strikes Deep Beck and chuckled a bit while saying she would consider him as a vice presidential running mate if she were to get the republican presidential nomination in 2012. 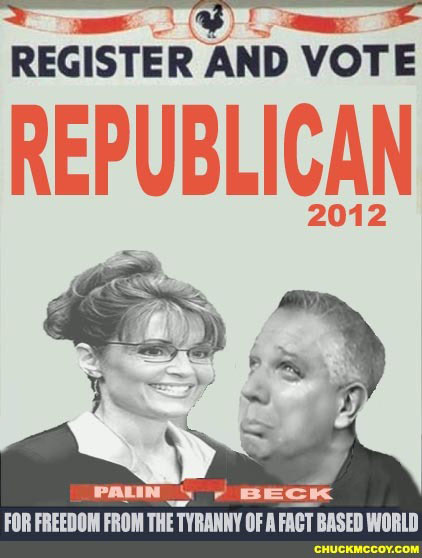